Facebook’s new approach to its news-feed algorithm is sending shockwaves through the world of social media marketing.

The questions are piling up:

Before we answer these questions, here is some background: In mid-January, Facebook announced it would alter its news feed algorithm to encourage engaging interactions between friends and families. This decision was likely influenced by the fact that the platform’s user growth started to flatten in the second half of 2017.

But this business decision threatened to make marketing slightly more difficult than it already was: Tweaking the news-feed algorithm to downplay posts from brands.

Facebook’s two billion users attract advertisers like moths to lightbulbs. And now it looks like the lights are going a little dimmer.

So, what does it all mean?

Here’s how we think social media marketing will shake out in response to Facebook’s algorithm change:

The bad news: Organic reach will get a lot tougher

The idea of organic reach is that you post content in your social media feeds and it will reach a certain percentage of your followers without any money invested.

Facebook has traditionally placed the highest value on video, followed by posts featuring images, followed by links.  The higher quality your post was, the more likely Facebook was to serve it up to your followers.

But organic reach has been declining over the last few years.  According to HubSpot, organic reach dropped from an average of 16 percent to 6.5 percent between February 2012 and March 2014 — and then declined by a further 42 percent from January to May 2016.

Now, you can expect low single-digit organic reach — roughly around 2 percent of your followers will see your posts.

So, is Facebook a waste of your company’s time?

Not necessarily — it’s just going to be much trickier. And maybe more expensive. 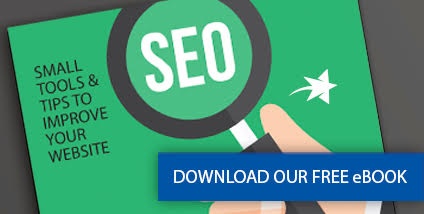 That’s one of the most important insights to be gleaned from Facebook’s algorithm tweaks: Every social platform needs to be monetized, and typically that happens via ads that provide laser-focused targeting.

The more popular a social platform becomes, the more effort you need to break through the noise and win people’s attention. Thus, money spent chasing organic traffic might have to be shifted to primarily paid social.

As AI and machine learning get smarter at segmenting and targeting audiences, paid social may become more effective in these kinds of situations anyway.

Engaging content is the new coin of the realm

Facebook wants to encourage people to talk about stuff — with the same enthusiasm they bring to discussions of sports, music, and movies.

Social media marketers need to think about posting original content on Facebook that educates people, entertains, and gets them talking. You don’t want phony engagement that triggers “likes” and other lightweight metrics. Rather, you want content that’s engaging enough for people to share with their friends and family without feeling like an ad.

It’s not like you’ll be flying blind in this new era. You’ll have analytics to track what works. You can always A/B test headlines and articles. And experts will be coming out of the woodwork with suggestions for creating more engaging content on Facebook.

You'll need to be smarter and more strategic

Facebook and other social platforms will keep complicating the lives of marketers, so a well-conceived social media strategy will become so much more important going forward.

Marketing on Facebook certainly isn’t dead, but that doesn’t mean it’s still the perfect fit for your company. Depending on your goals and budget, you may find that your time and efforts may be better spent on other platforms.

And if you need guidance on your Facebook strategy, give us a call at Blue Star Design. We can find the best social media fit for your business.